Tuesday night the excitement mounted as we all sat in the Hippodrome theatre, Eastbourne. Our opulent and historic surroundings, with red velvet seats and twinkle lights set the scene perfectly. We’d all gathered to see the final projects created by the 14 graduates that are leaving our Catalyst programme and moving on to pastures new next week. 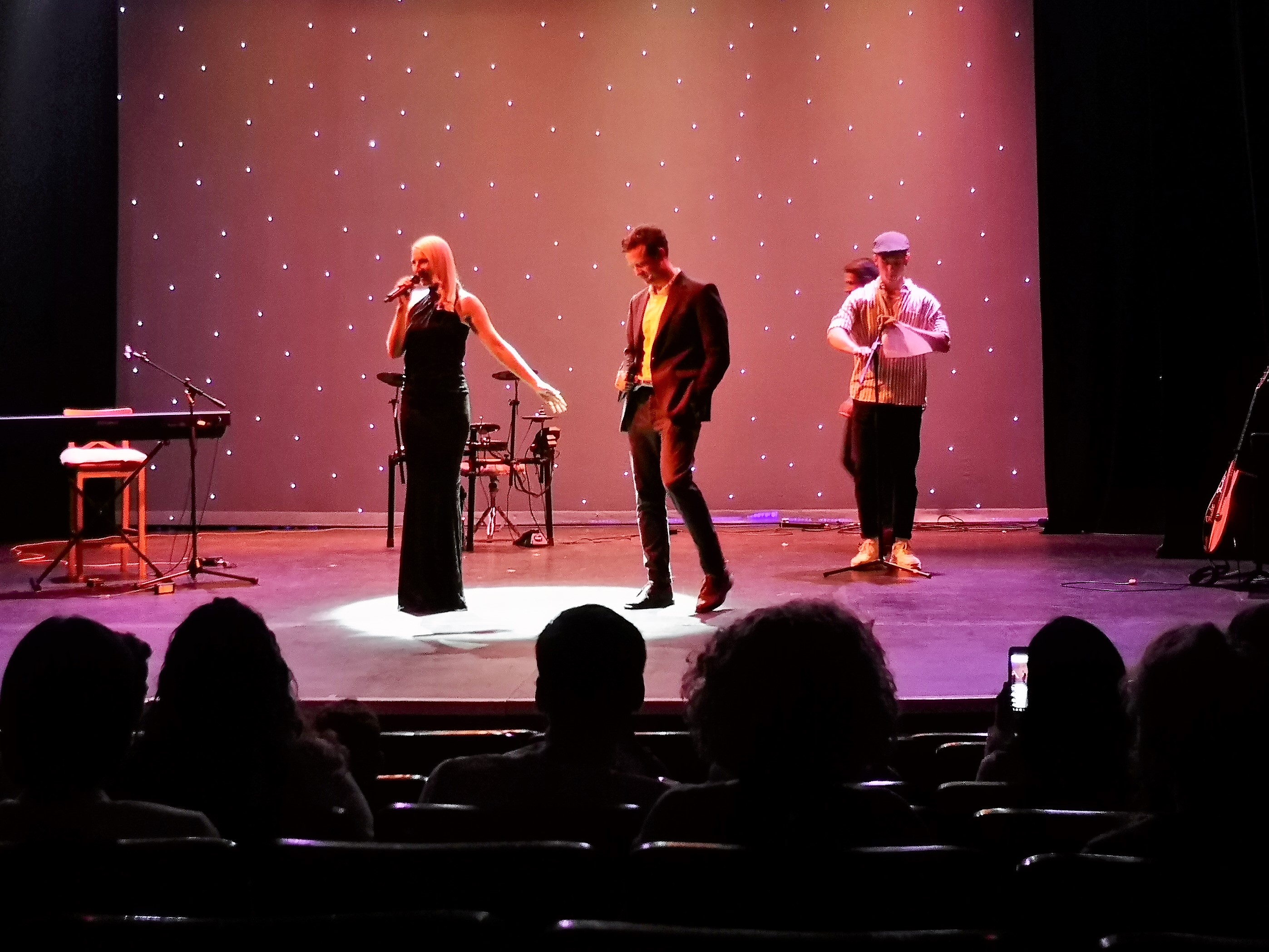 Hannah welcomed us all and shared that her prayer is that when people to come to Ashburnham Place they learn more about who they are in Christ, what purpose He has for them and how their future may be shaped. 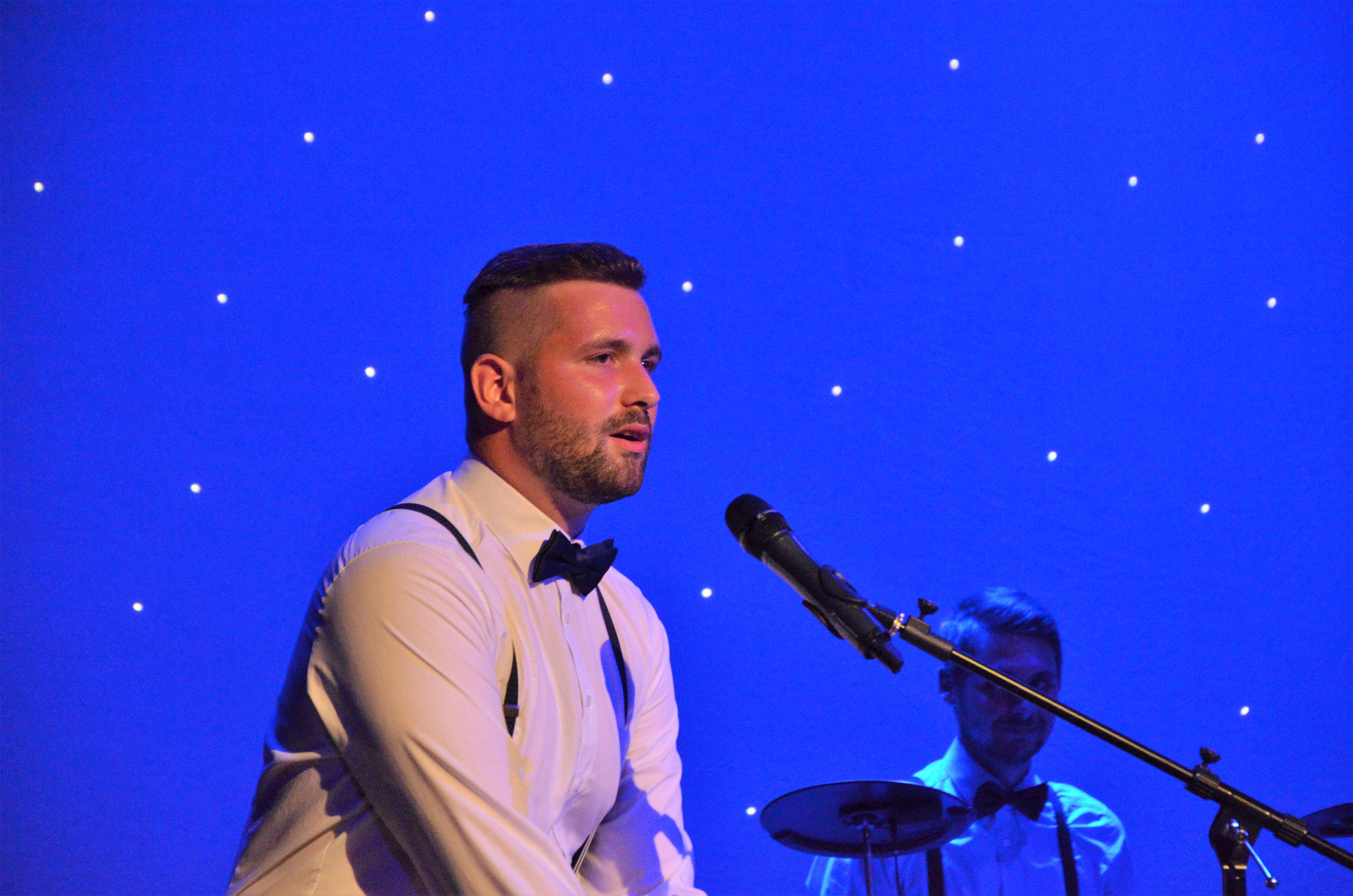 Gideon and his merry men came on stage to share a song he has written since being here in Ashburnham Place, it’s called Home and will be available on Spotify and iTunes shortly. The line that really touched me was “I’ve found my home in your love”. You’d certainly never believe that Gideon (from Germany) had never written a song before coming to Ashburnham Place, and now he’s releasing an EP. You can achieve so much whilst you’re here! 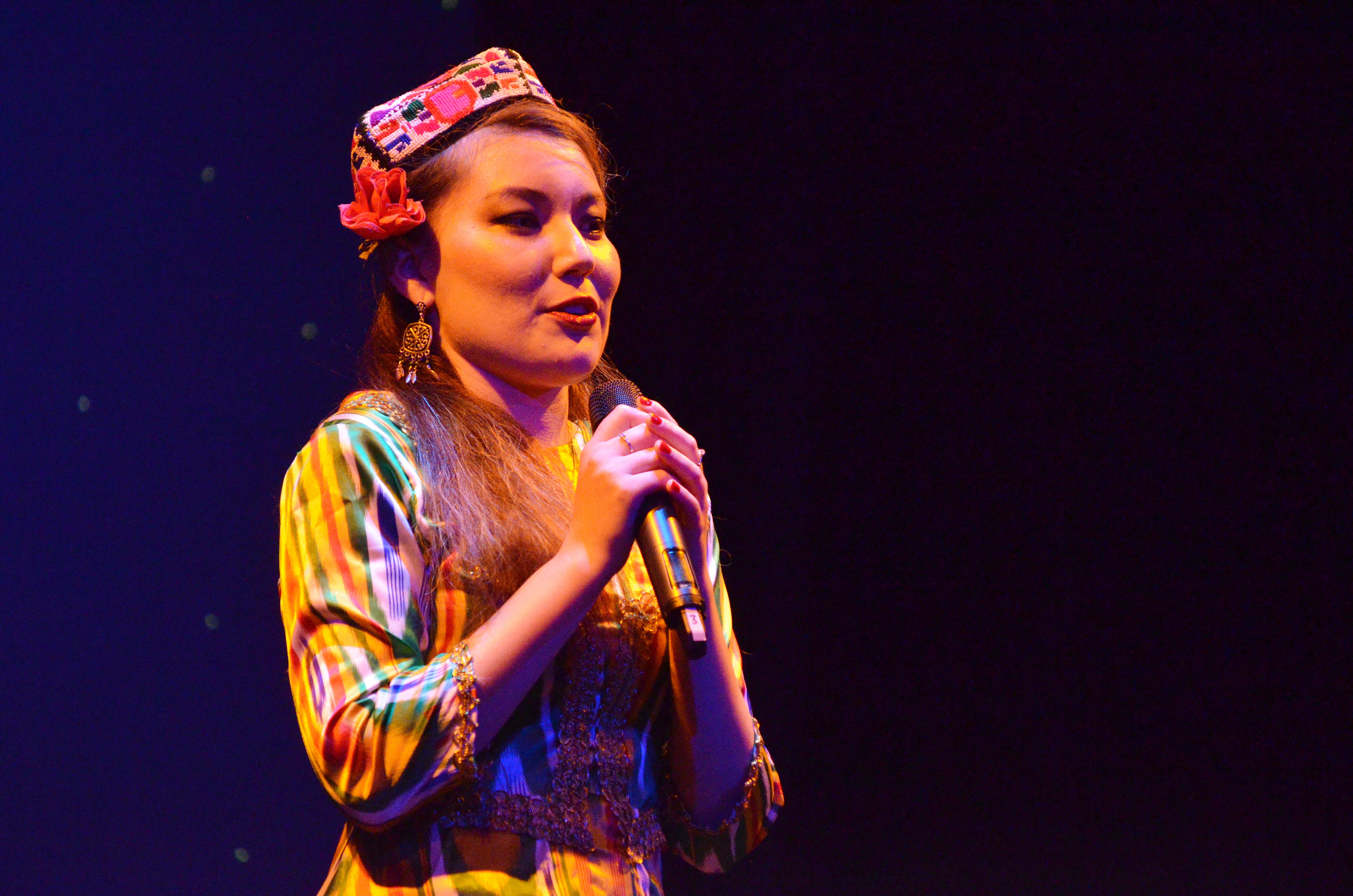 Next up something totally different with Aida performing a traditional Kazakh Uyghurs dance. What confidence and poise she showed, as she twirled and strut her poses on stage. Aida shared that she loves to dance as God gave her a big talent for dance and it brings her great joy.

Our youngest volunteer, Daniel from England was next up on stage. Having never performed in front of such a large audience before he was a little nervous, but what a great job he did playing the piano for us and if my sources are correct, he is self-taught.

Another change again, as David from Slovakia came on stage to give us a mini lecture on the authorship of the Gospels. I think we can all agree he has a great stage presence and certainly knows his stuff. As our Catalyst Supervisor, Christian said “watch out for him on TED talks in the future”. 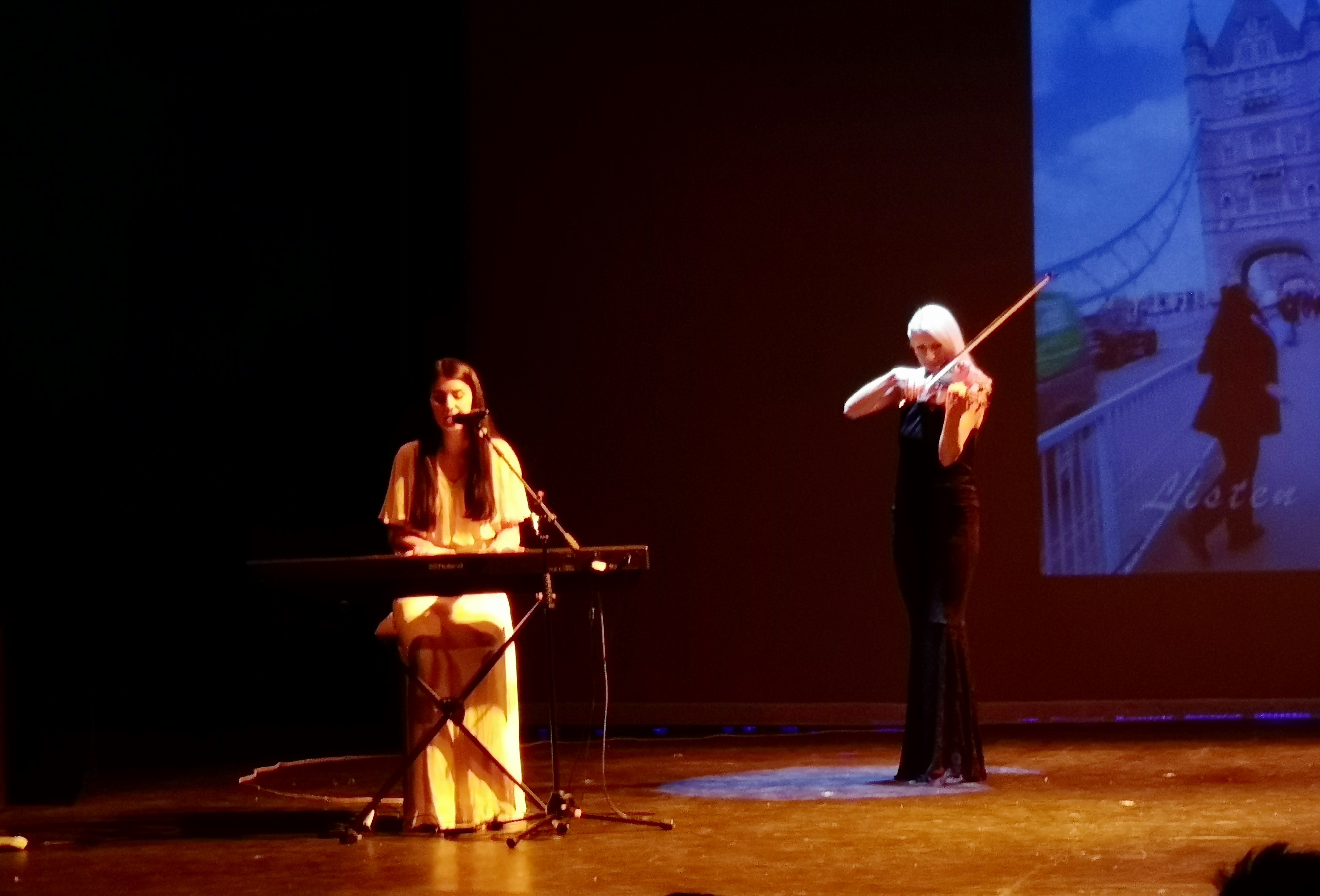 We caught our breath as Maddy from Germany walked on stage in her stunning floor-length white dress. She explained that God gave her the words to create a poem and then she created the melody to make it a song, called “I Endlessly rejoiced”. She sang and played the piano beautifully as Hannah Latty accompanied her on the violin.

The next presentation from Anusa (from England) incorporated her learnings from having been a part of both the creative ministry and life theology streams. It’s not regular that people join two streams but if your serving hours work around it, you’re welcome to get involved with multiple streams. We heard about her passion for evangelism and enjoyed her singing and playing the guitar for us. 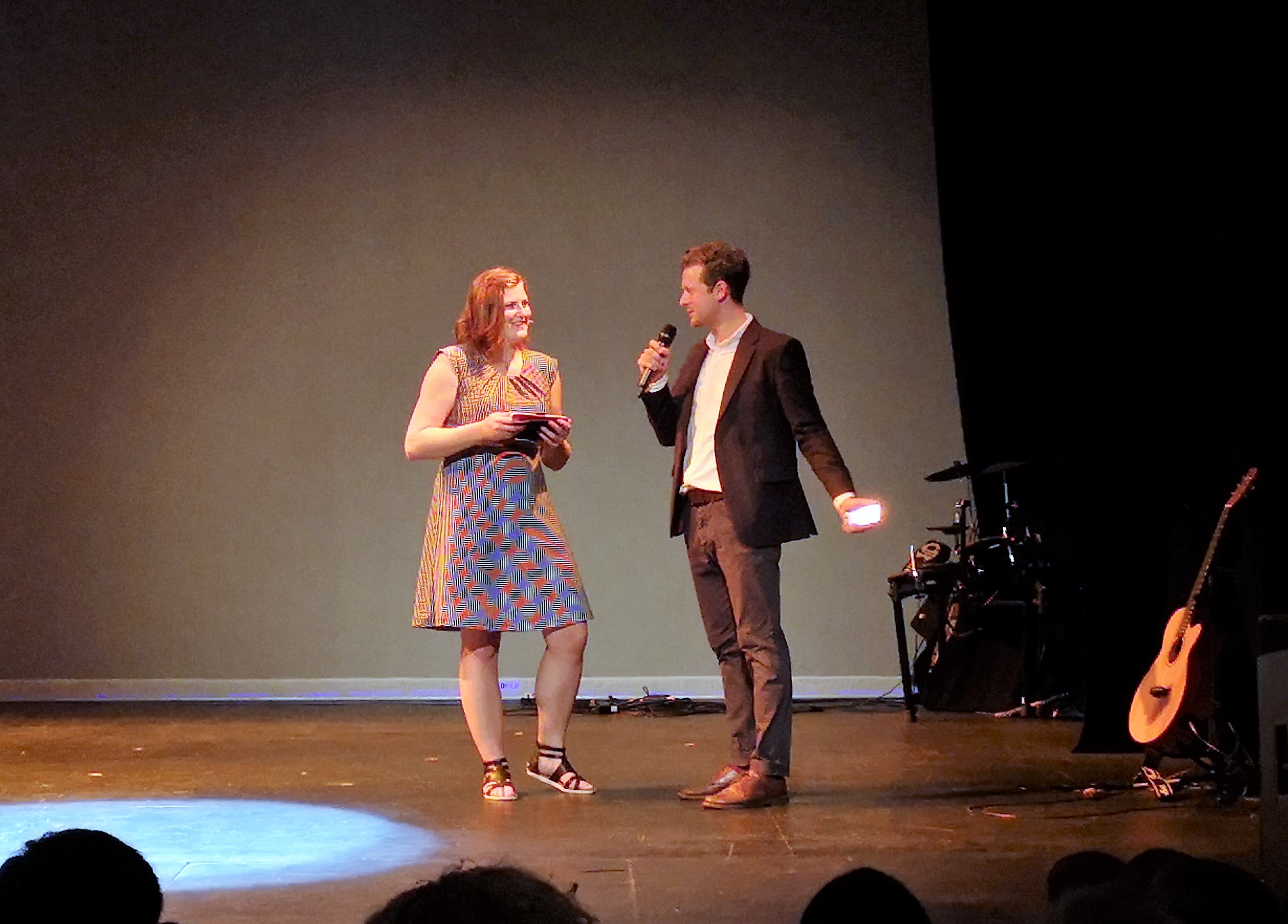 Jana from the Czech Republic finished her Masters in Biomedical Chemistry in May and she’s about to do a PhD. As a scientist she likes systems, logic and answers and this led her to choose Life Theology as her stream, so she could answer more of her own questions, as well as those of her fellow scientists. This summer she discovered that finding answers is not always the main goal in theology, sometimes it about opening your eyes and seeing things differently.

Alejandra from Colombia was next up on stage, showing us a powerful video, she made to show how her time in Ashburnham Place has impacted her. Such a clever use of yarn showing us how the interactions and love she has felt here have bound her to the people she has met. The last screen showed us the statement ‘I found love in Christ’, how perfect!

Apparently, Petr from Czech Republic has been trying to get out of doing his final performance for months, but we were all so glad he played piano for us, as he’s obviously a talented musician. Edwianah joined him on stage to verbalise the song they’d written along with Christian, singing ‘I have chosen the way of faithfulness’.

We had to chuckle as Kemuel and Manu (both from Italy) came on stage, as Christian had introduced them as Ashburnham Place’s very own Ant and Dec, causing mischief around the place! They shared a video about where people find God at Ashburnham Place and shared their own testimonies of encounters with God during their time serving at Ashburnham Place. 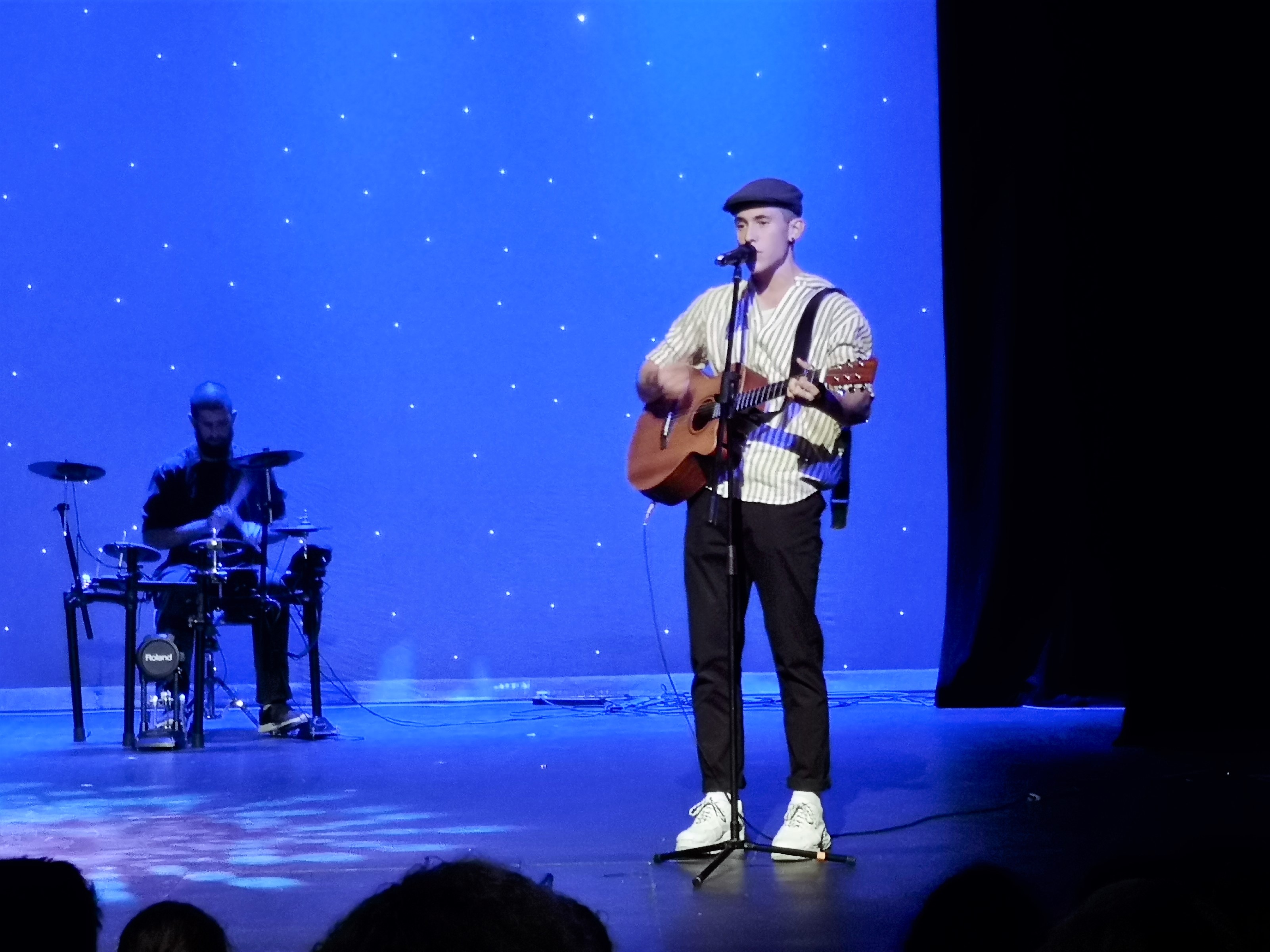 Next up we have a talented songwriter Betto from Spain, sharing a song that he wrote in our very own servery and wash up area! He certainly has a massive talent and it was great to hear his heart for sharing his journey and love for Christ through the medium of music. 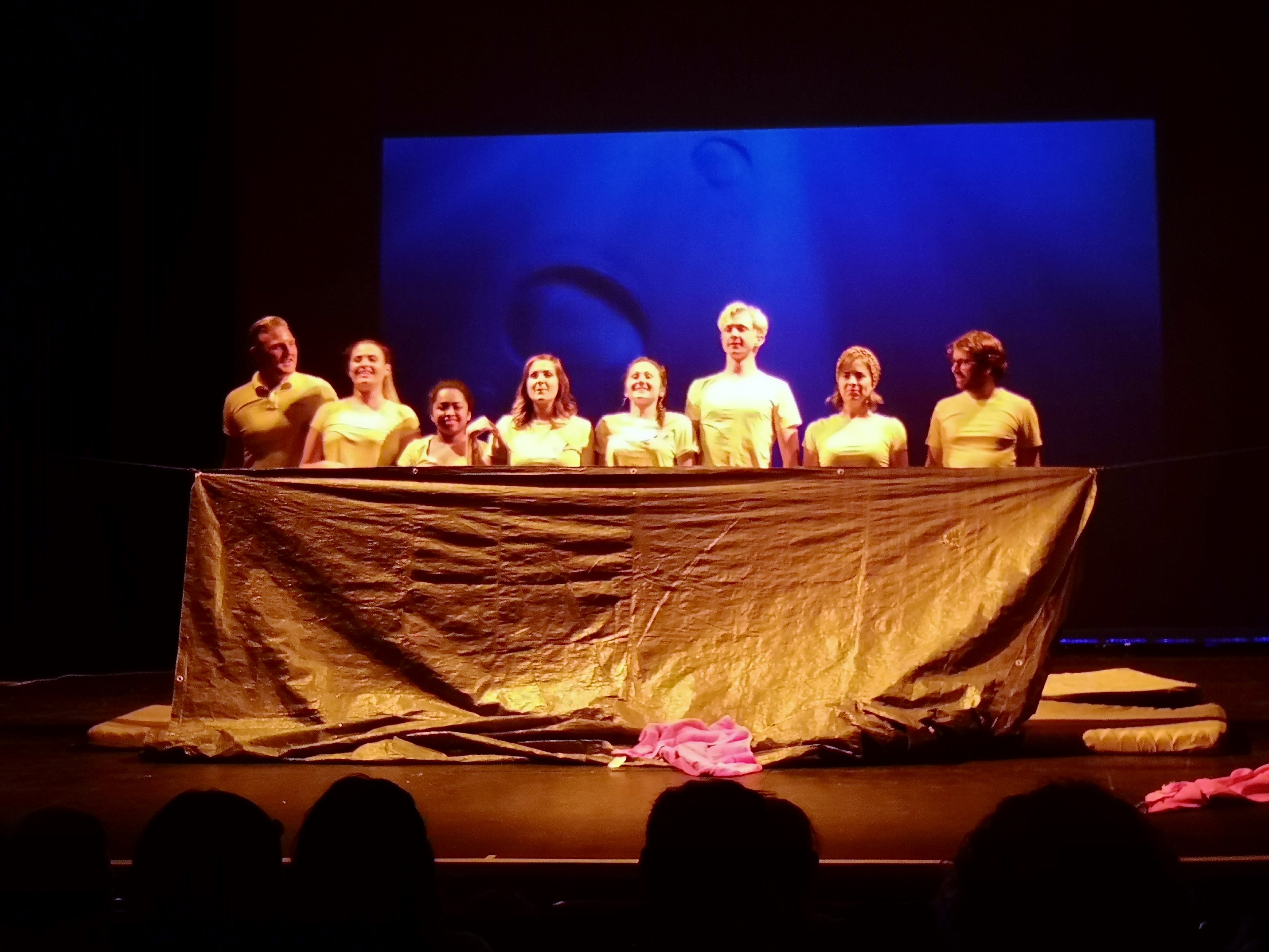 A different penultimate act as we near the end of the show, we have Ludovica from Italy, sharing her passion for synchronized swimming with us. She teamed her existing talent with all she has learnt in Ashburnham Place about team work, respect and love. It was such fun to watch her teach some of our team to synchro in the lake and then demonstrate their skills on stage too. 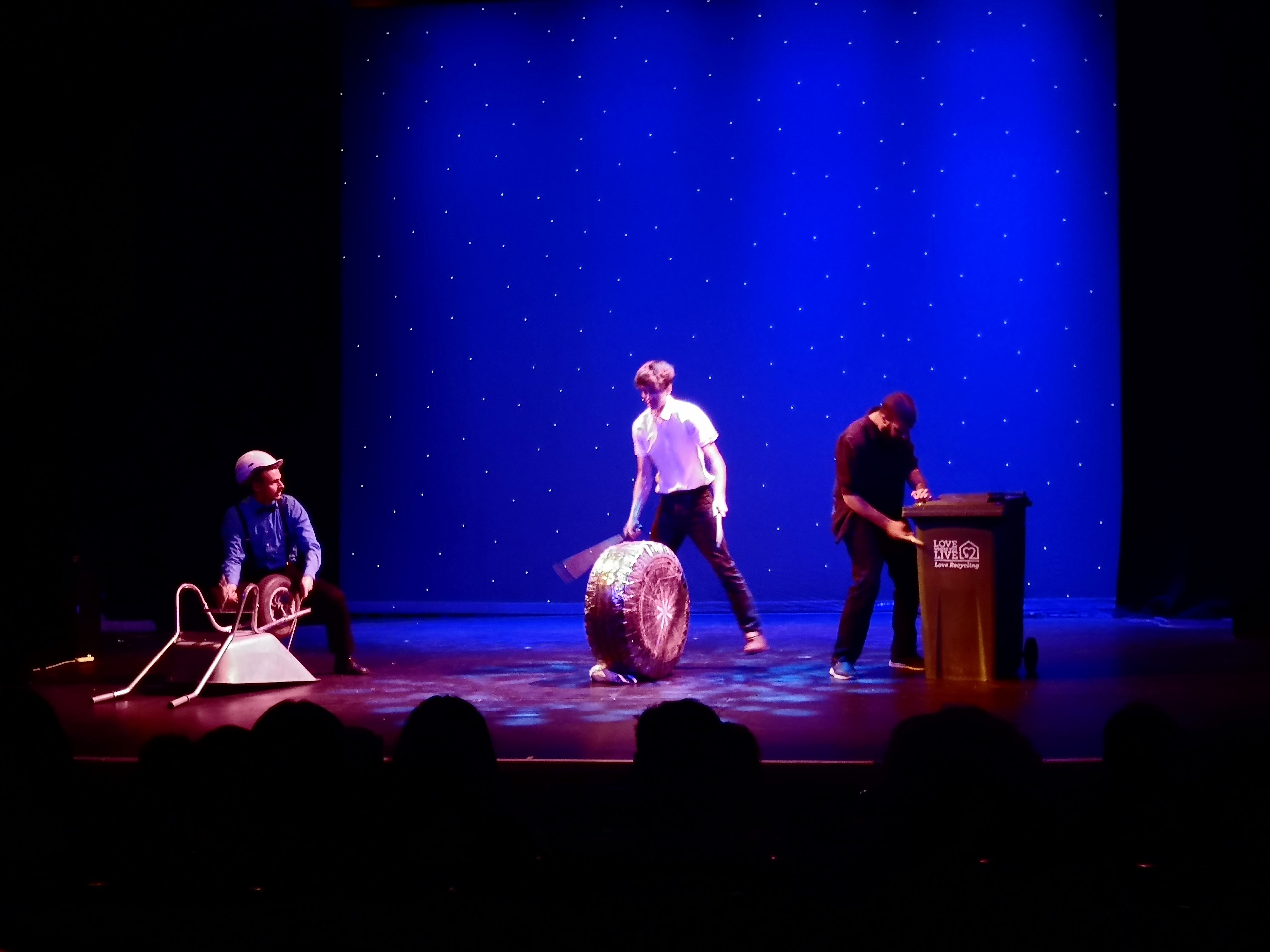 Ronnie (from Germany) ended the show in a massively inventive way, he called it “Percussion in creation”. He was joined on the stage by Joel and Christian, our resident drummers to create a massive sound from a wheelbarrow, hard hat, wheel and recycling bin. He finished by sharing with us the five principles of foundations for farming that he has learned over his time here.

One of our General Directors, Paul invited the graduates to join him at the front and said that we’d all agree each one of them is fearfully and wonderfully made. He gave a moving speech to the graduates summing up their time and contribution to Ashburnham Place. He ended by saying each graduate had been Jesus amongst us as they served and shined brightly. 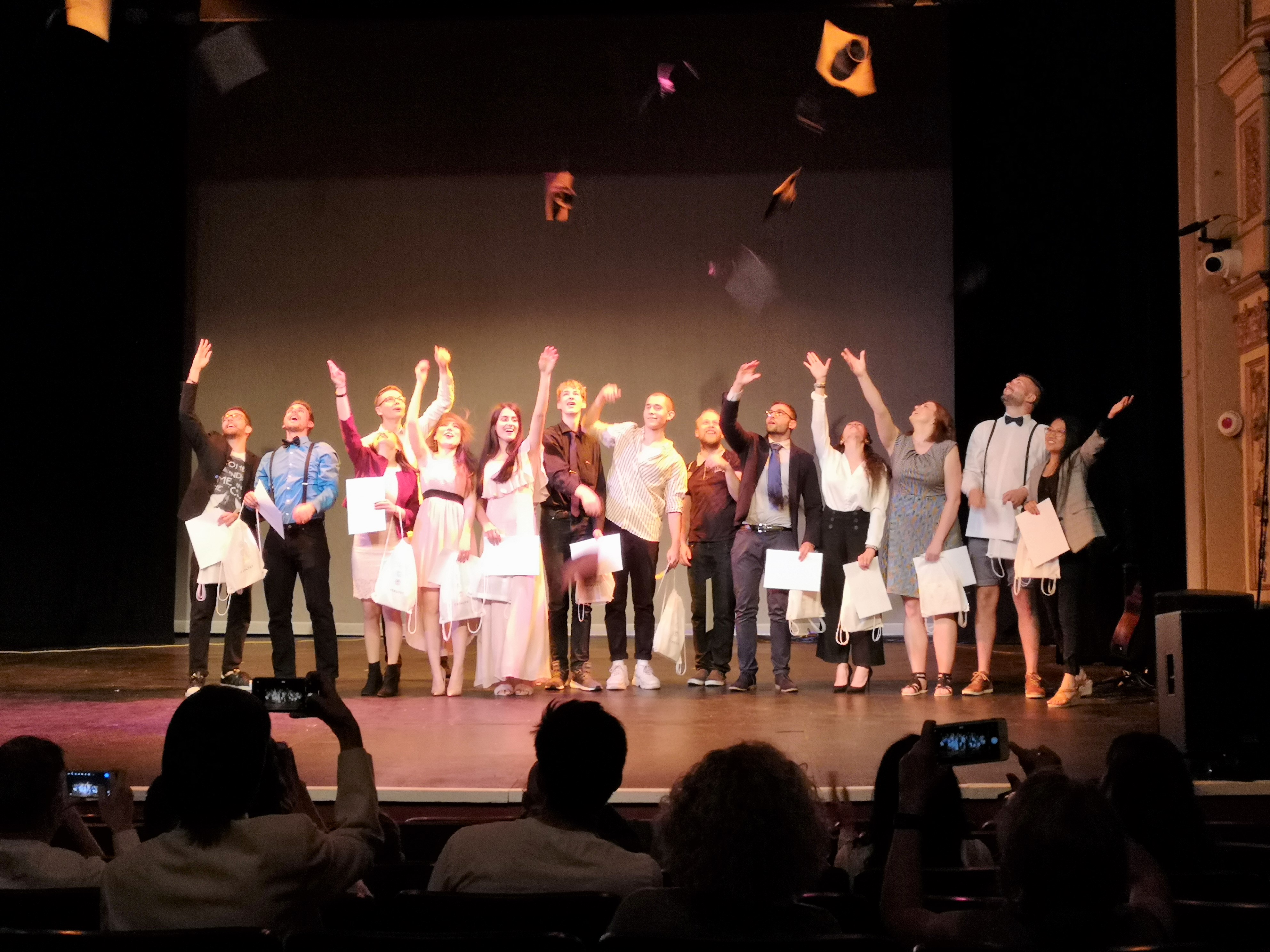 Of course, it wouldn’t be graduation without each graduate joining the Catalyst team on stage to receive their graduation cap and a certificate and then the night ended with sparkling juice, nibbles and plenty of good music and dancing in the upstairs bar.

Maybe you fancy coming to join us as a Catalyst volunteer? We’re still looking for people with the right to be in the UK to join us right now and from January 2020 too.

What a delightful evening we were treated to a couple of weeks ago. All…

Encouragement and Testimony from some of our Leavers

During normal times, we have around 50 international volunteers at any one time within our…